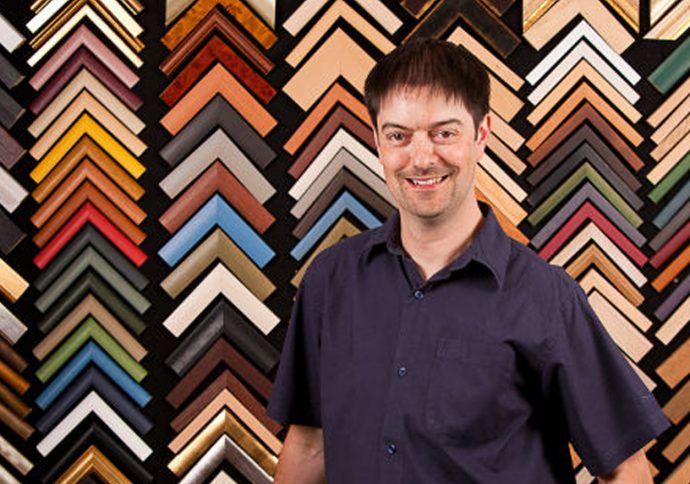 Every good painting deserves a complementary frame says Andy Parks of Petersfield Framing Studios, Hampshire. And he should know. Andy has been framing Gordon’s paintings for more than 12 years in a career that started over 30 years ago.

“Framing is so important to the finished product but it must be done in a sympathetic way,” he said. “If someone looks at the frame before the painting then you have done it wrong.” His business is based on paintings and posters but life as a bespoke framer does have its unusual requests. An Action Man, a preserved bat, war medals and signed sports shirts have all been given appropriate frames.

His reputation as an accomplished framer is well known within the artistic community. What is lesser known is that in his spare time he is an “eclipse chaser” involving extensive international travel to observe these natural spectacles. “There is a real spiritual aspect to eclipses,” he points out. “They are deep, moving experiences in the sense that it gives a brief insight into what is going on in other worlds.”